15% off registration before April 1st

An Agape Tennis Camp will cover all aspects and skills of the game in a fun and rewarding environment. Each camp is uniquely run based on the type of camp: Agape, Quickstart or High Performance.  Our camps are perfect for the new, developing, or accomplished player. Each camper will receive a camp tee shirt, award, and player party on the final day. Tennis camp is on rain or shine.  Campers can do a half day or full day of camp for all Agape Camps. 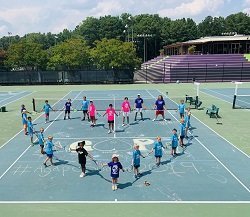 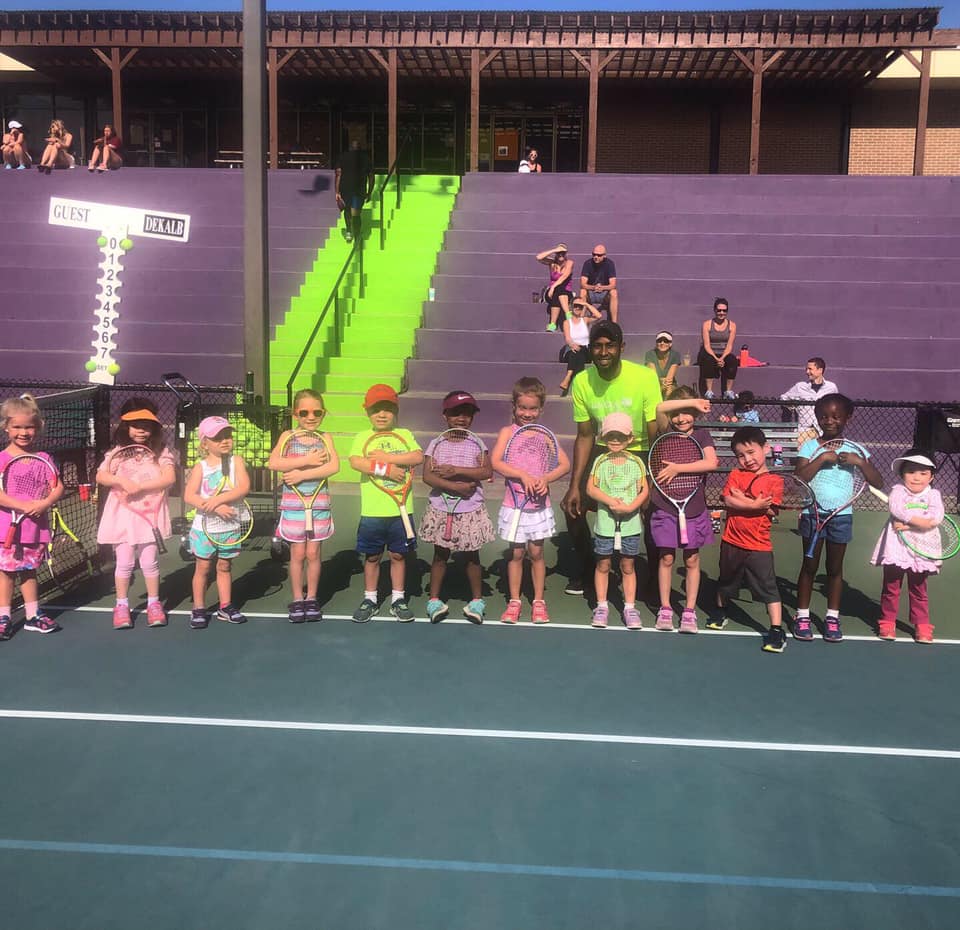 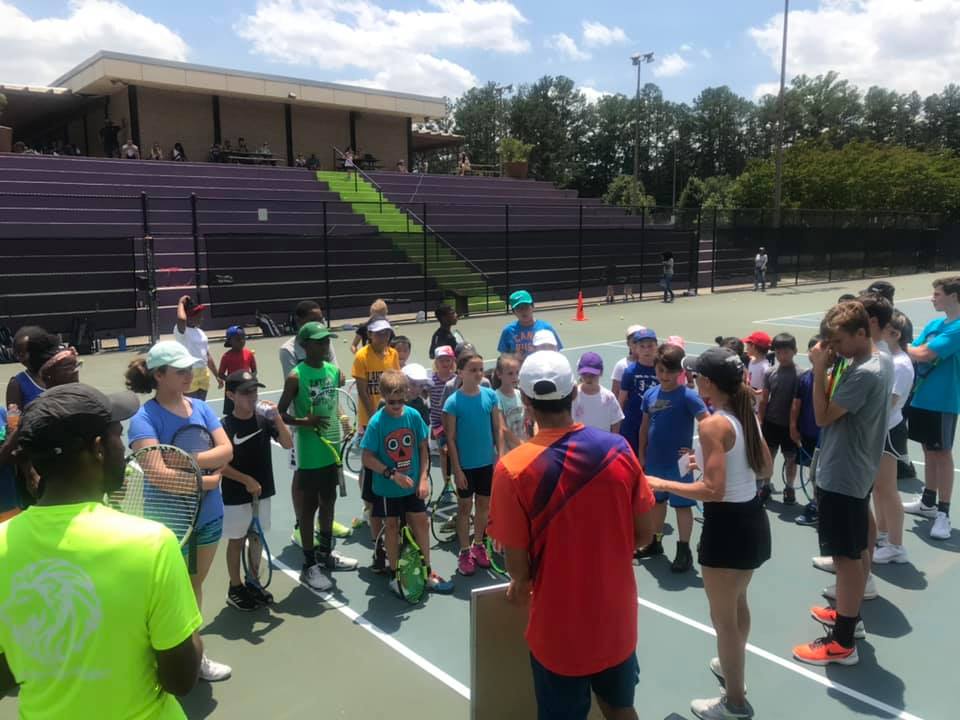 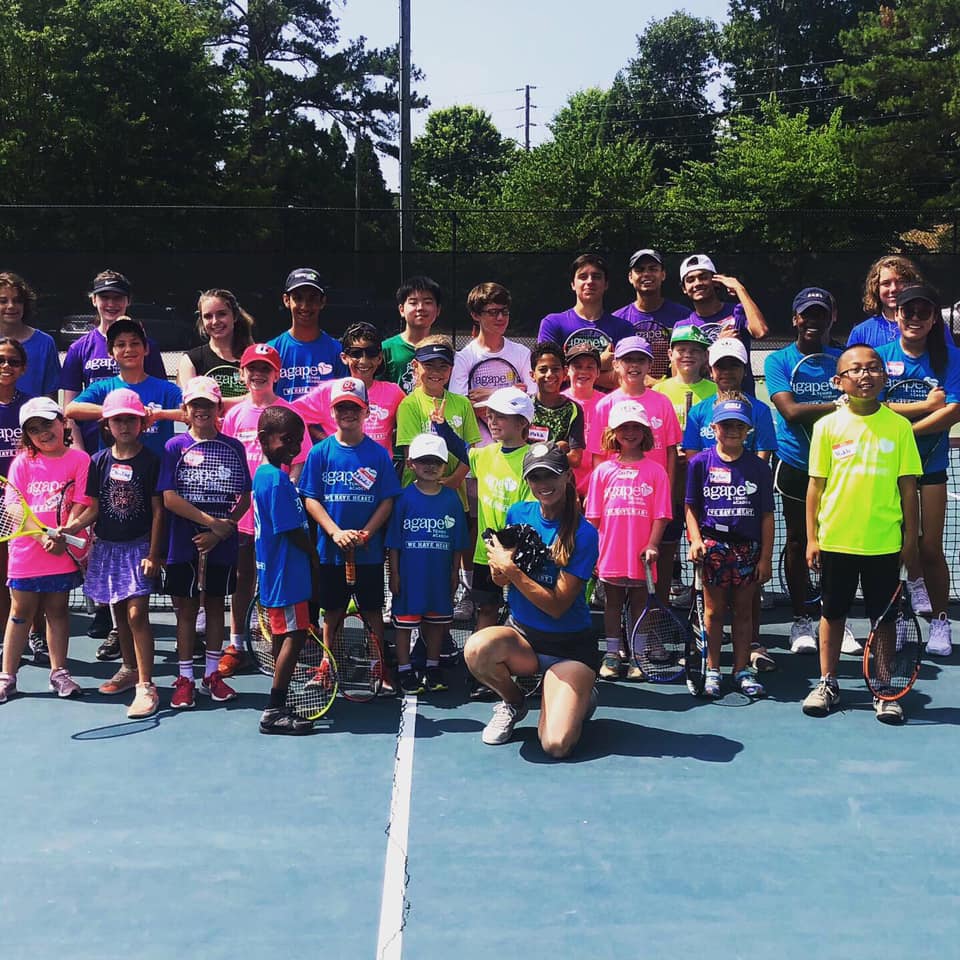 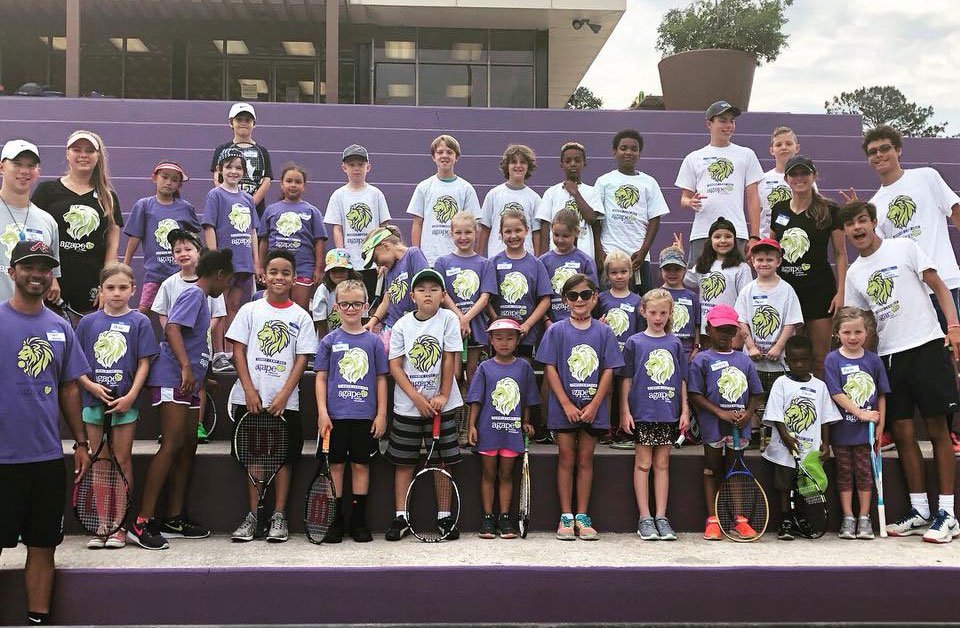 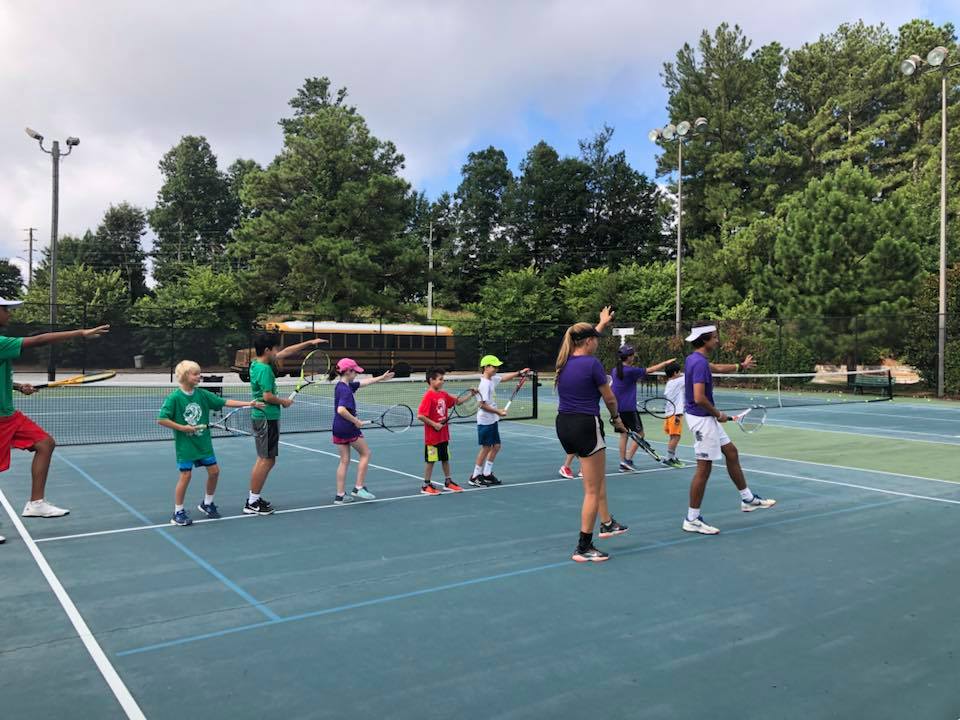 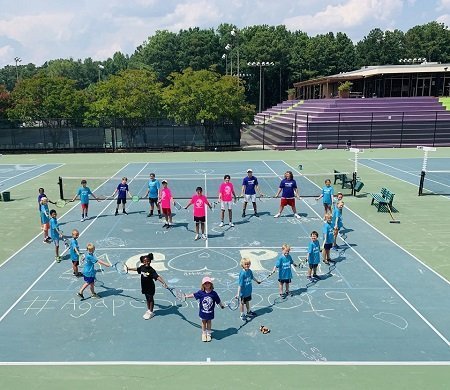 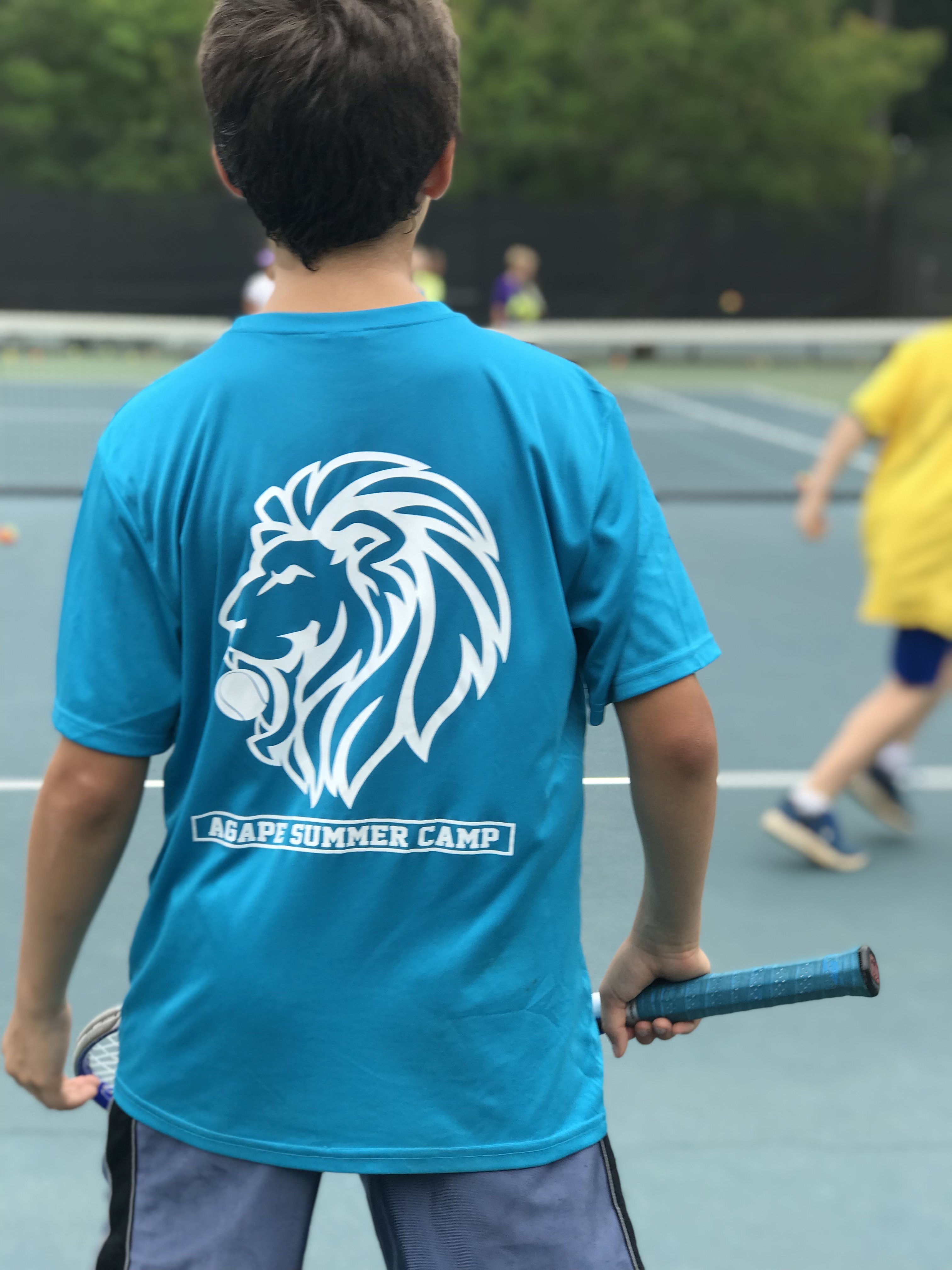 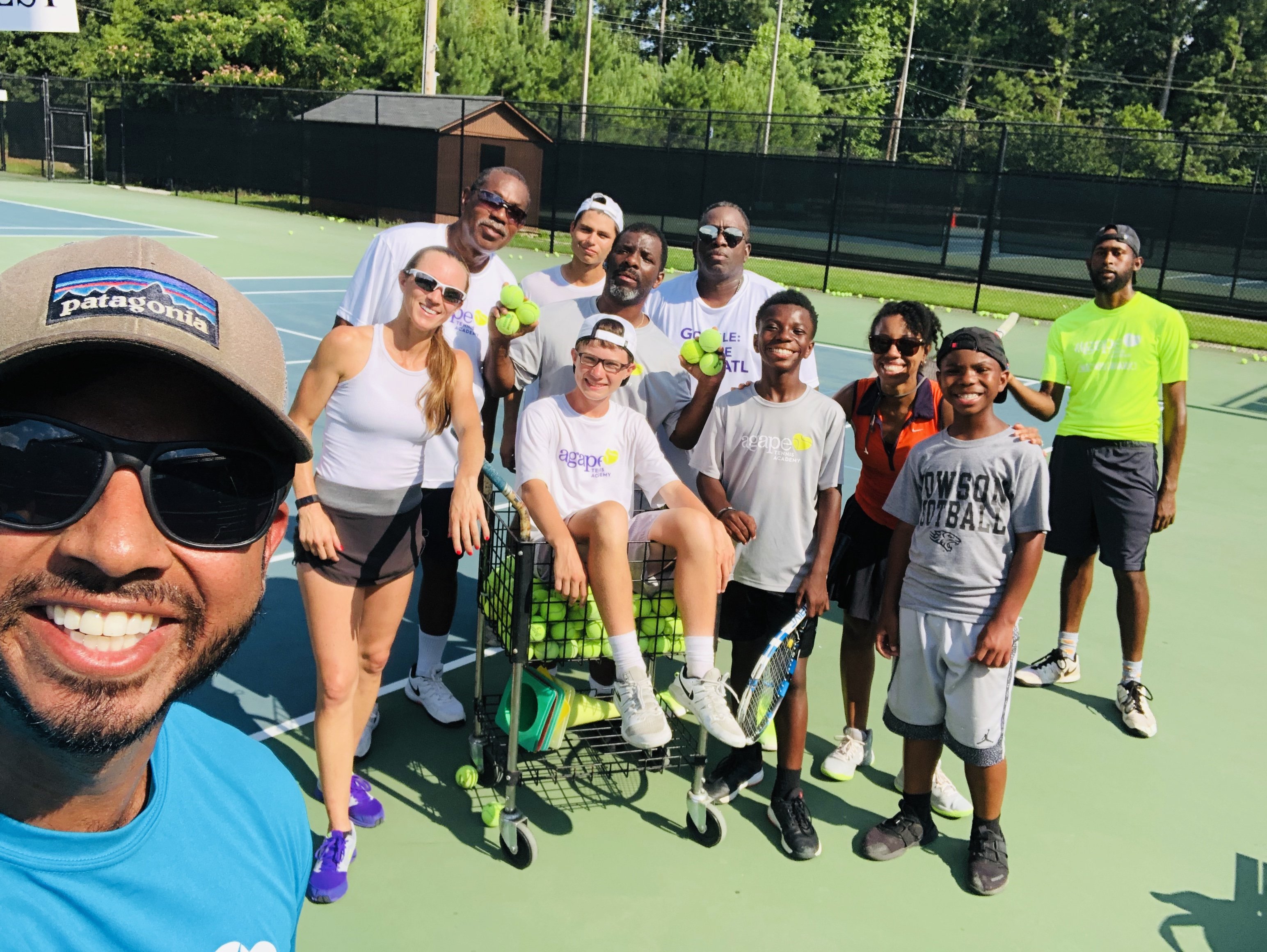 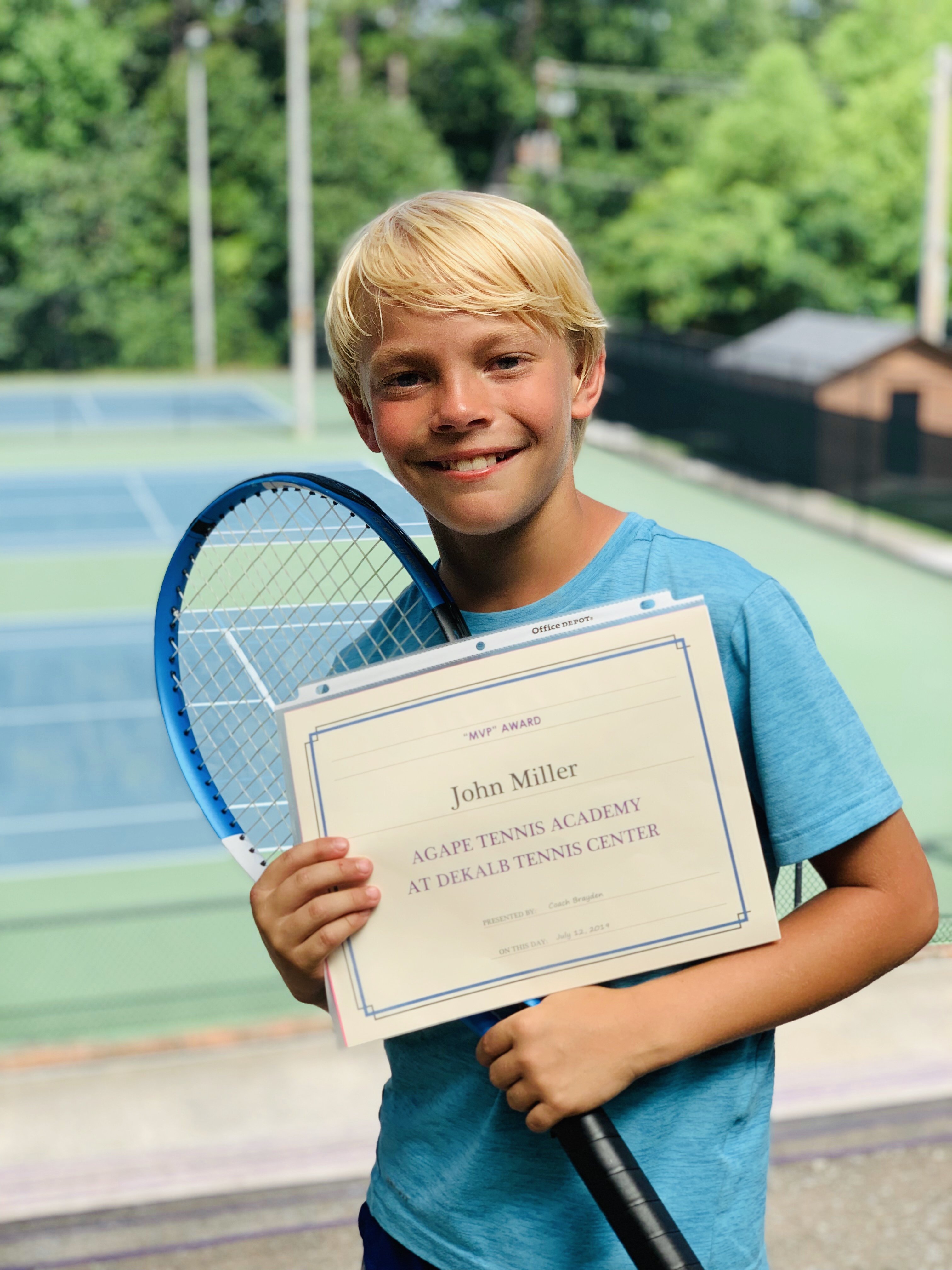 Agape camps are for all ability levels: beginner, intermediate, and advanced and ages 5-18. Half Day is from 9am-12pm.

Quickstart camps are for beginner and intermediate players ages 4-12.

High Performance Camps are for intermediate and advanced players ages 8 -18. Half day camp is from 9am-12pm.

All camps are located at DeKalb Tennis Center:

Coach Amy is very passionate about summer tennis camps and helping players reach their full potential as people and athletes. Coach Amy played Division I college tennis at Coastal Carolina University, competed in the NCAA Championships, was ranked in the top 50 in the country in collegiate doubles, and was an academic all-American. She was ranked top 10 in the state of Georgia, top 50 in the Southeast, and top 100 in the Nation consistently as a junior player. Amy is certified by the USTA in High Performance Coaching, Sports Science, and by the Professional Tennis Registry. She started Agape Tennis Academy in 2012 and has taught thousands of junior tennis athletes, many who are now college tennis players.  Amy was voted the 2017 Director of the Year for the state of Georgia. Agape Tennis Academy was voted the 2016 Community Outreach Program of the Year and the 2018 Program of the Year for the state of Georgia.

Coach Moses started playing tennis at the age of twelve and quickly became a highly ranked JR player in the state of Georgia and the Southeast. He was recognized as the Gatorade Tennis Player of the Year for Clayton County during his high school career.

Moses earned a scholarship to play tennis at Piedmont College, where he was the number one singles and doubles players for three of his four years. He was a two time all conference player of the year for Piedmont College and won the conference championship in 2011. After graduating with a degree in Sports Marketing, he was the assistant Men’s and Women’s tennis coach at Piedmont college until 2015. He also completed his Master’s in Business Administration during his tenure as assistant coach. Coach Moses leads the QuickStart Program at Agape Tennis Academy with over 200 players annually. In 2017, he and the Agape team won the 10 and Under Program of the Year Award.

Coach Jose was ranked top 5 in the state of Georgia, top 15 in the Southern Section, and top 30 in the country as a junior tennis player. He competed in some of the biggest national junior tournaments and has competed at the professional level as well.  Jose earned a full scholarship to play tennis at Kennesaw State University. Jose started with Coach Amy Pazahanick at the age of 7 and played his entire junior career with the Agape Tennis Academy philosophy. Jose has extensive experience and knowledge to help high performance and tournament players, as well as how to have fun and learn the fundamentals of the sport. He is a Sophomore at Kennesaw State University and is studying Sports Management.